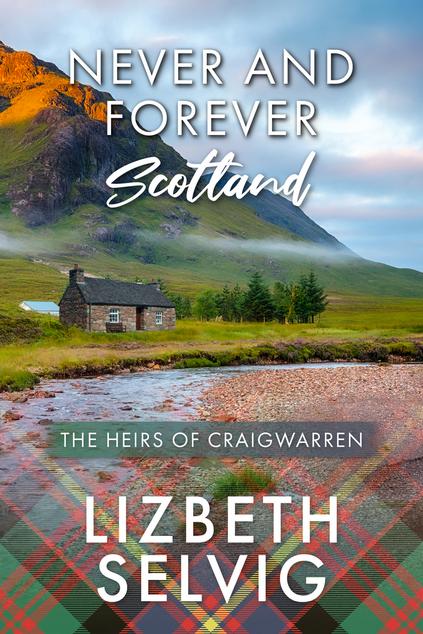 where Love always leads you home

Is Highland magic powerful enough to create love in the wake of 300-year-old legends, and a family curse?

" The Heirs of Craigwarren," a brand-new series by #1 Bestselling Author Lizbeth Selvig.

She never wants Scotland to change.
He never wanted to be in Scotland at all.
A family curse, though, says otherwise.

Ainslie Campbell’s life should be idyllic. She has a fulfilling career as a respected and well-loved veterinarian in her hometown, the adoration of three imperfect cats and a happy dog named after a TV star, and the gorgeous landscape of the Scottish Highlands to comfort her. She also has debt growing by the day, a house about to be sold from under her, and guardianship of her rebellious – and also pregnant – teenage sister.

But there is a glimmer of hope: Catrione Kerr, her feisty godmother, invites Ainslie to move into Craigwarren, Catrione’s family home, and one of Ainslie’s favorite places. There’s one catch. She’ll have to temporarily share the house with an American businessman and Catrione’s long-lost heir, Ewan Portman.

Ewan, like his father before him, has no desire to live in Scotland. Ever. He’s already had to put his dream career on hold to sort out this unexpected and unwanted inheritance. Eager to get back to the States and his well-ordered life, he’d prefer to walk away from the old pile, despite the objections of his mesmerizingly beautiful Highland housemate.

Scotland, however, has its own plans, and soon ancient legends of a kelpie in Craigwarren’s loch, a brownie sprite who lives in the barn, and a family curse only he can break, immerse Ewan in an unfamiliar, but enchanting world that leaves both his dreams and his heart vulnerable to Highland magic . . . and most especially Ainslie.

Except Ewan can’t stay in Scotland forever, not with his future at stake. Nor can he fix all Craigwarren’s problems, no matter how desperately he might want to.

Even Highland magic has limits to its power.
Doesn’t it?